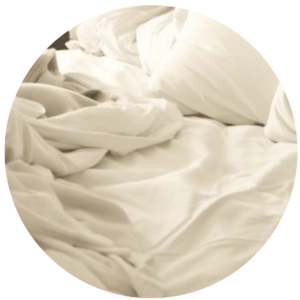 Recent stats show that young people are having less sex than any generation before them. Despite the so called ‘sex recession’ there is no evidence to suggest that other adult generations are also hit by this decline in carnal activities. In fact to the contrary, those over 55 are evidently still at it weekly. In spite of this, the sex panic remains in misguided mainstream media, blaming everything including sex for its own inability to remain a constant in modern relationships.

One of the most common reasons Millennials and Gen Xers come to see me is to talk about the frequency of sex they’re having – or not having – but would like to. There is no conclusive data about why this is happening or even the extent to which this is a problem, if in fact it is. I have a few educated theories as to why this may be, while challenging a few stereotypes, and frankly lies, along the way.

So while online sex is rife and more accessible than ever before, it has risen in a context of a broader technological take over that explains why people may be having less sex than previous generations.

We live in an unprecedented time of information overload. Everything including erotic imagery is accessible at the touch of a button. Our attention spans seem shorter, our lust for new visual stimulation is constant (I’m looking at you Instagram) TL;DR is a thing, and I even wonder how many of you stopped short in the previous paragraph. The bottom line is that sex with another person is complicated and always has been. Now with so much other stuff to look at and be distracted by, regular garden-variety, pants-off sex with another is simply not as exciting as it used to be.

Sex with another person is slower than anything social media, Netflix et al and browsing can provide.

Sex with another person demands that you show up wholeheartedly, even if it’s just for a few hours.

Sex with another person demands that you are responsible for yourself and your own behavior.

Sex with another person insists that in order to feel good, you deal with the flood of emotions that accompany feeling vulnerable and naked – quite literally.

To satisfy the hunger that sex with another offers, we must participate in it in ways that the constant distraction of technology prevent from happening unless we learn to address the age old problem of vulnerability.

While most people don’t experience floods of anxiety playing video games or scrolling a heavily curated IG feed of corgis, cats and the latest footwear or while watching porn, they will experience it anticipating sex in the real world. During real world sex, we are face-to-face with self-criticism in ways that are harder to avoid in online interactions. During sex we are more likely to be critical of our partners’ performance too, especially if the desired results and outcomes are not met. For many, ‘solo sex’ or ‘no sex’ is a much safer place to reside than the risk of exposing oneself to feelings of inadequacy – real or imagined. For many in long-term relationships, the critique is present even before sex starts. The reasons we want sex or should want it, is a source of animosity, with many feeling offended that their partners’ desire for sex or for them, is inadequate, inappropriate or just plain wrong. During sex, our devices cannot save us from our feelings. No wonder sex IRL is unappealing.

With so much sex information online these days, there is an increased conversation about the quality of sex and not tolerating bad sex. I know I am one who contributes to this narrative enthusiastically. And yet, one of the short-comings of this shift in focus is the sense of overwhelm at having to address bad sex. How do you explain to someone what kind of touch you like if you’ve never learnt how? How do you tell someone that the sex you’re having is unsatisfying without hurting their feelings? For some it’s easier to avoid sex than to address the anxiety it creates. This too makes sense and is a matter of choice. Sometimes choosing solo sex is a better and more favorable option, whether it’s at the expense of partnered sex or in addition to it, is up to the individuals concerned. In previous generations we were told it’s normal for sex to be painful and obligatory for women so we accepted it as truth. In previous generations, we were told that sex was essential for men, and having it at-all-costs was directly correlated to their masculinity. While some still choose to believe, now we know these are lies. Women know what an orgasm is and pleasure is their right, and men know that #Metoo has changed the conversation about sex and entitlement forever.

With so many choices and pleasure options these days, sales of sex toys are ever increasing and gender / family friendly sex stores are popping up in towns across the world and online. Even here in the USA, Target are selling a line of body safe sex toys and accoutrements. Sex Tech has finally gone mainstream. We are living in an era of unprecedented access to sexual wellness and sex information, but none of this mitigates the awkwardness that IRL sex makes us feel in our hearts and minds. 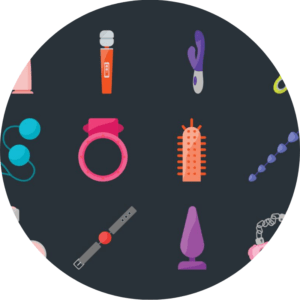 Like it or not technology is here to stay. While the burgeoning field of sex tech is awesome and a community I am involved with and invested in, we are reminded that sex tech is not a cure for our very human problems, but a way of engaging with them. Devices and toys are here to teach us more about sex, give us information once inaccessible to us and show us a diversity of beauty and pleasure never before seen in the history of human sexuality. But no matter how techy we get, we are after all still human, with real feelings, real vulnerabilities, real emotions and real struggles. Our quest is to learn to integrate the tools we have to create the satisfaction we long for and settle the hunger within us.

In sex, relationships, technology and social justice, we stand on the shoulders of giants. The freedom we fought for and continue to defend is worthwhile. Technology including sex tech offers us knowledge, inclusivity and diversity that our forebears would have wept for. Sex tech is here to stay, and so is sex. It’s up to us to be the change and learn the difference.