On Wanting & Being Wanted 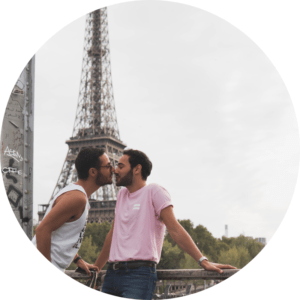 In disconnected relationships, partners treat each other as a burden, an obligation, a chore or errand. They cease to see each other as the individuals that caught their attention and once-upon-a-time, dazzled them with excitement and possibility.

Over time, that excitement turns to disconnect; boredom, frustration, loneliness and even resentment. They do not give each other recognition, appreciation, opportunities to grow, and do not entrust themselves nor inspire each other with new ways of connecting. Old, familiar and safe yet ineffective habits take over from where enthusiasm, passion and connection once lived.

They forget that their partners, at one time, made them feel.

They forget that at one time, they too were that for their partner.

In the midst of bickering, Carlo turned to his partner of 8 years, Stella, and reached across to hold her hand.

They had been fighting, disconnected from too much time spent at work. A modern couple in a modern relationship, blame, stress and frustration had replaced connection. They forgot that they used to look forward to seeing each other.

For Stella, in the middle of a fight, Carlo’s gesture was welcome. Then came a shock.

He said: “I just want to you to know I miss you. I love having you in my life. I hate that we fight like this. I want you.”

She paused and allowed that simple statement to wash over her “I want you”. She reflected. When was the last time she felt wanted?

He never showed her he wanted her. And then she realized, neither did she.

She replied “I want you too”.

In that moment they understood the thing they both longed for, was not the thing they inspired in each other. Nor was it the opposite. Instead, there was no inspiration at all. They had forgotten how to be together.

In that moment, Carlo took hold of the most valuable thing people in disconnected relationships need to remember; how to pay attention to the heart.

Somehow, this is lost on many lovers – that partners long to feel wanted.

So called small feelings like that, are so huge.

Nothing costs so little and is valued so much as acknowledgement and appreciation.