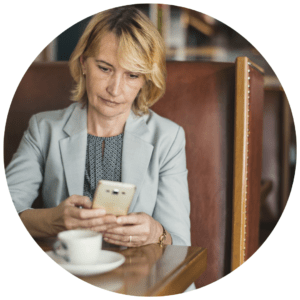 “When we first got together I really enjoyed sex with my partner, but over time it started to change. I didn’t hate it, not at all, I just wanted it less often than him. There were other ways of connecting that I got more from  and we just cruised along for many years like this. But after he got sick, my enthusiasm really dropped right off, but his didn’t. I thought his illness would make him weak and lethargic, which it did, but it also activated a  side of him I hadn't seen before. During his illness it became increasingly important to him that he have orgasms, the trouble was they were so difficult for him to have because of his decreased health. But without intimacy ending in orgasm, sex became meaningless to him. He began to value orgasms in ways he hadn't before. In the past, orgasms were not an issue for him - he was less anxious about them.

The sex we used to have was no longer possible and he became extremely frustrated. Nothing we tried seemed to help or change the way he felt and it started affecting our relationship. If it had been up to me I would have just given sex up completely at that time. You could say it stopped being of value to me, but I was willing to do it for him. My motivation was not physical, but emotional. I wanted him to be happy which was fine by me, and his was physical and an affirmation of his health. This really changed the sexual dynamic between us for a while” – Kate.

Our values change throughout our lives. It's the curve balls that bring purpose to our actions and when we are faced with dramatic change like illness or grief, sometimes sex is the place our difficult emotions go to get processed while we tend to other things. We withdraw, we become uncharacteristically sexually charged,  we develop an interest in something new or we experience unexplained physical pain. There are many ways emotional upheaval can manifest in our sexuality for better or for worse. It may not be 'logical', but for many of us sex is the place where deep unresolved 'stuff' goes to get addressed, in ways that other forms of logical analysis or emotional investigation can not provide. 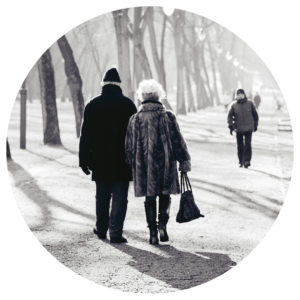 Kate's sexual motivation and values remained fairly constant throughout their upheaval. She knew sex for her was, and had mostly always been, about intimacy and connection. But where Ed was once motivated to make sex about joy and pleasure, it increasingly became about his need for validation - not of love, but health and power. His erotic values had changed dramatically, but neither of them knew this at first. To be well enough to have sex meant he was still healthy, but to be well enough to orgasm meant he was still virile and potent, something he began to value increasingly as his health deteriorated. Orgasm to him meant he was still alive, and the desperation to remain on the planet became something only orgasm could validate.

Kate's frustration with her husband's orgasmic demands was pretty high by the time I met them. Kate was at her wit's end with him and he was struggling to manage the grief he was feeling around his ailing health. During recovery, he wasn't dying, but his connection to his sexuality felt like it was. It was changing and he was struggling and desperate. It took time for him to realise how his erotic values had changed and how the urgency he now experienced was taking its toll on Kate and their relationship. For Ed, orgasm was a matter of life and death, not of his body, but his masculinity. He wasn't ready to be divorced from his sexuality, but his panic around the changes he was experiencing made him feel sex had become all or nothing. In his mind he was either a 'man' or a 'reject'. He became stuck in a an erotic bind and his value of sexual joy and pleasure got usurped by his need to value his virility over everything else. Without orgasms, he felt less of a man. This was new for both of them and was at the core of their crisis. It made sense that the relationship was strained and even more so now that their sex life was showing more than a few cracks.

Renowned sex advice columnist Dan Savage coined the phrase 'GGG' – Good, Giving and Game to describe the qualities he thinks a partner should embody to be participating in a sexual relationship. He suggests, within reason, we should be:

Sounds reasonable enough, yet for many when under duress, such GGG concepts fill couples with dread, especially when they are experienced as demands rather than requests. When we are not aware of the erotic values we are embodying, they can leak out as desperate, needy or creepy, alienating lovers and decaying intimate relationships. This can especially be the case when our sexual values are out of sync or  they drop out after a crisis. This needn’t be a catastrophe, but it will take some stepping up to manage the changes you're experiencing and to recognize where your motivations are coming from and which values are affected.  Sometimes, two people are just not a good match sexually for a period of time like Kate and Ed, or perhaps others never have been.

The truth is some people stick at relationships where the sex has always been so-so, and feel quite content with that because for them, the benefits of the relationship are not, nor ever have been about sex. But others tolerate mediocre sex because they just do not know how to discuss it, nor even realise that they can. Unresolved feelings spill out onto the bed and unacknowledged values control sexual play, leaving partners feeling disconnected and disappointed. Being aware of which erotic values are controlling or motivating your relationship with sex makes it easier to understand and discuss. In the case of Kate and Ed, the challenges they were facing extended from the physical to the emotional as well. Ed's challenge was to practice allowing himself to feel vulnerable during intimacy instead of avoiding his emotions by insisting on repeated orgasmic release. By shifting his attention from his pain to his process, he learns that their vulnerability opens up a new level of awareness for him. It won't feel like it felt before, but if he is willing, he will feel something brand new. Being emotionally still long enough to feel himself was part of the challenge and something Kate so desperately needed him to do. Slowing down enough to allow themselves to identify and accept the feelings they were experiencing was at the core of them managing the changes in their relationship and their sex life.

Choose your own adventure 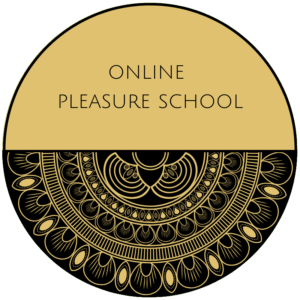 Recognizing that you have a choice when it comes to sexual intimacy can be a double-edged sword. For some it marks a kind of liberation to create exactly the kind of relationship and sex life they would like, and for others it activates fear and doubt because the rules of sex are not as clear-cut as they once were. Back in the day, sex was considered obligatory and functional. Discussions of sex and pleasure were taboo so no one bothered. Sex was strictly heterosexual and solely penis-in-vagina. Everyone knew the script and they stuck to it (or at least pretended to). These days we realise that for sex to be fulfilling and consensual, we have to talk about it. It's difficult to accept change at the best of times but when it's forced upon us through no fault of anyone's, it can be a blow to the dynamic of a relationship.  Changes in erotic values are usually a combination of many mixed and changing emotions. This is completely normal. With great freedom comes great responsibility, and this too applies to matters of the heart , the body and eroticism.

Need help navigating sex and relationships? Book in to see me.