Hook ups, dating & pleasure in the age of Ansari 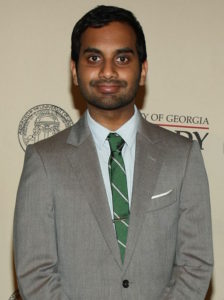 You have to have been living under a rock to have missed the conversations around rape culture, #metoo and the most recent addition; the story of Grace and Aziz Ansari.

While stories of sexual abuse, violence and harassment need to be discussed and their perpetrators brought to justice, the latest addition to the conversation has introduced a new, tangential and especially teachable tone. Many of us saw ourselves reflected in this particular story which is precisely why it needs to be dissected. The Ansari case has shifted the focus from sexual violence and assault to a more nuanced conversation about the machinations of mutually pleasurable sex alongside consent, fairness and power.

It’s easy to recognize how men like Weinstein, Spacey and Lauer abused their power and privilege. Clear transgressions lead to clear abuses of power. Our call to action now is not deciding whether we’re on the side of Grace or Ansari, but our ability to recognize how sexual coercion plays out; even between people who appear to like each other. Ansari’s ‘misreading’ of Grace’s cues and frankly, inability to pay attention and give a crap, do not make him the calibre of Weinstein, but it’s still a story that men need to hear and all of us need to take pause for.

Many women rolled their eyes at the all too familiar tale of bad first-date sex. The discussion focused on the ‘normality’ of this event; the one where they don’t talk about sex but it’s implied in the transaction They don’t know what the other likes, wants or expects, he pushes – just a little, she acquiesces – quite a bit. He comes, she doesn’t, they feel awkward but they text each other later. It’s not violent, but it’s often coercive. It’s a little bit porny, a little bit drunk, mostly unfulfilling and never discussed. What do we call that?

We haven’t got a category for it yet because we haven’t yet developed a useful enough dialogue for talking about sex in ways that centre mutual pleasure as a cornerstone that’s as valuable and essential as consent. Right now, ‘normal first date’ sex is synonymous with clunky advances and being left feeling empty or icky afterward on all sides. Women don’t like it, and often men don’t much care for it either, but it’s all they know. Because it’s so familiar, no one is calling Ansari a ‘monster’ nor calling for his demise. It’s definitely not a Weinsteinesque assault, but it’s a low and unacceptable bar if we think we can’t do better than this kind of ‘normal’.

My post on Facebook this week appeared to strike a chord when I drew attention to the only time we can talk about sex in public is when it’s set in a violence narrative. It’s as if discussing pleasure is in itself a subversive and dangerous act that can only be diluted and made fit for public consumption if we throw pain and trauma into it. The flow on effect of this stigmatising phenomenon is that we never see examples of how sex can be done well. Our useless and deliberate focus is strictly on ‘what not to do’ and alarmist tales of “See, I told you sex was dangerous”. As a result, the only versions we have reflected back to us about (heterosexual) sex are of men as vicious predators or bumbling idiots with no self-control and no idea and women as coquettish snowflakes, victims or sluts.

My position is clear, but not simple. This must change. If anything the Me Too movement now punctuated with the Ansari story, demands that indeed ‘time’s up’, but exactly what that looks like needs more textured, mature and uncomfortable exploration.

Consent means nothing if you don't care about the wellbeing of the person / people you're with. If respect is not an embedded value, asking as Ansari allegedly did “Where do you want me to f*** you?” is ineffective when a better question could be “What would you like to do” or "How would you like me to touch you?" then acknowledging a response. What he got wrong is not the dirty talk nor the unbridled enthusiasm and porny moves, but the fact that his conversation wasn’t as concise as it needed to be. He was asking questions, a good start, but they were not the right questions and more importantly, he wasn’t listening to the answers.

If excessive violation of someone's boundaries is preferable to feeling anxious and awkward momentarily because talking about sex and asking for direction makes you feel uneasy, this is what happens. We know this. This tale is familiar to all of us.

The risks involved in sexual communication are very real, and varied mostly in relation to gender. For women the greatest risk is in speaking up about what we want or do not want sexually. To be clear, explicit and honest descriptions about our erotic longings sit firmly in contrast with what it means to be feminine, desirable and attractive. The rules are we lose social collateral if we are perceived as being demanding or in control of our sexual pleasure and put our own needs front and centre. Simultaneously this opens us up to shame and ridicule both from our partners and broader society. Traditionally, women who embody and facilitate their sexual joy are sluts, whores and candidates asking to be raped, abused and even murdered. For even the most progressive and educated women on the planet this is a very real, familiar and visceral threat that transcends cognition and operates as a default of self-preservation.

In contrast, the risk for men is in not speaking out about their pleasures and desires, and simply taking them by force or coercion rather than communicating them. In doing so, they risk not only acting outside of consent and open themselves up to becoming predators and rapists, but like Ansari, being a self-absorbed, inattentive and generally ‘bad lay’, with all options on a spectrum from getting-away-with-it to utterly devastating to fairly humiliating. Until recently, being deemed a rapist didn’t lose men much social collateral. In many cases, they didn’t lose much at all, especially if they were not caught. Likewise there has been no incentive for men to explore the ramifications of ‘not speaking up’ before and during erotic encounters, and simply bypassing the anxiety of discussing sex, to just getting on with it instead and hoping for the best. What the Ansari case has illustrated is that while taking the low road of being a negligent partner doesn’t necessarily make you a rapist, it’s still an unacceptable way to engage with sex. It demands your only recourse is to get comfortable communicating about it frankly and managing the associated anxiety, while absorbing some of the emotional labour that accompanies this process.

As recipients of these social restrictions on all sides of the gender divide we can justify our outrage and anger. How on Earth did our social contracts as humans get so woefully out of touch with our behaviour, desires and longings? It shouldn’t be this way, but it is. We are all at the mercy of forces far greater than ourselves when it comes to the complex realities of sex, pleasure and gender. But to opt out, blame the other side or simply shrug your shoulders and say ‘not my problem’, means you are part of the problem.